What is The NAFD?

If you have searched the internet for any kind of funeral service you will surely see a number of ‘stamps-of-approval’. on their websites. At a glance these accolades can make any funeral director look prestigious and distinguished, but what do they actually mean?

One of the most spoken of names in. the funeral business is the NAFD. The Nation Association of Funeral Directors was established in 1905. They represent the views and interests of funeral businesses and the bereaved families in their care to the media and parliament. 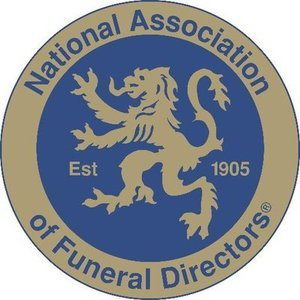 The NAFD is the largest trade association for the funeral sector and represents 3,800 funeral homes as well as over a hundred suppliers to the sector and international funeral firms. They are the voice of the funeral profession at all levels of Government on legislative matters and campaigns on issues affecting funeral directors and bereaved families.

Independent of a single funding body or organisation. The NAFD’s goal is to balance all views and needs of their members. They cater for all types of funeral business, large corporate groups, independent family-owned business and Co-operative firms.

Their funeral arbitration scheme allows for clients who are unhappy with any aspect of their service to seek help and reimbursement.

Members of the NAFD are part of a democratically operated system, meaning that when decisions are made, every member gets a vote, regardless of how many funeral homes or funeral related business they own. The NAFD is also a member of the International Federation of Thanatologists Association (FIAT/IFTA), which enables them to represent the interest of the UK funeral directors internationally.

The National Society of Allied and Independent Funerals Directors was established in 1989 and represents over 870 members over 1.500 privately owned, independent funeral homes and sites around 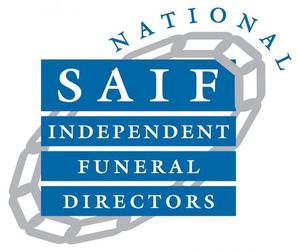 They aim to promote the best practice and protect the interests of their members and their local communities. They also take a lead in establishing the next generation of funeral directors by providing training and education programmes. Similar programmes are in place for their members to ensure that the high standards are met.

They offer a free counselling service – SAIFSupport – which promotes good mental health within the funeral profession and provides advice and guidance to all members,

Among the categories are ‘most significant contribution to the understanding of death’, ‘best gravedigger’, ‘best burial ground in the UK’ and ‘best care of the deceased’.

The judges, who “request that their deliberations remain secret” are made up of past winners and industry moguls, while nominees can nominate themselves then get the public to vote for them, it’s the judges who ultimately decide.

Funeral Guide prides themselves on being “wholly independent of the funeral industry and is dedicated to supporting, empowering and representing the interests of dying and bereaved people living in the UK.”

Their manifesto is broken down into three main objectives:

The AGFD operates with a strict code of practice. With this, they promote their stances on embalming, literature provided to the public, coffins, natural burial and flowers.

In the funeral industry, people want to know that they are getting the best service their money can buy. There are no opportunities for do-overs. All good work deserves to be recognised so make sure that you are getting a service that is represented by legitimate governing bodies. It’s always worth looking around and remember, your local Funeral DIrectors isn’t the only one that can provide you with a funeral.

For advice and ideas on funerals and life after death check out our planning page and our Farewell Wishes service.