You’ve probably heard that coconuts are more likely to kill you than a shark is. Whether or not that’s true, is up for some debate. In a world of danger and threat, the survival of mankind has relied on instinct. Our ability to sense a dangerous situation and activate our fight-or-flight response has been the crux our of success as a species.

In modern times, our instinct has been thwarted by 21st Century life and it isn’t entirely clear what we should be scared of. Since most things can actually kill us. Here’s a list of things that you wouldn’t think can kill you but actually can.

Often an answer to annoying lateral thinking puzzles as “the perfect murder weapon”  it is the humble icicle. Contrary to popular assumption, it is actually the weight and impact of an icicle that kills you, not its penetrative shape (the internal 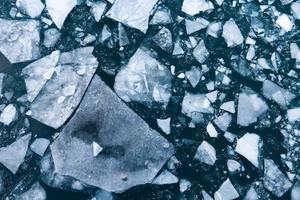 temperature of the body would melt the ice before it penetrated far enough to cause any real damage).The Telegraph reported that in 2010, falling icicles had killed 5 people and injured 150, including a 6-month old baby. As a result of this eleven officials had been accused of doing too little to keep the city’s streets and rooftops free of snow and ice and were fired. For Russians, the transition from winter to spring is a particularly dangerous time of year, as melting ice can cause icicles and huge blocks of ice to fall from high-rise roofs. Regional figures show that dozens of people are killed every year. The local authorities are responsible for cleaning these roofs and are often blamed when something falls on someone. Chilling.

while this one reeks of ‘urban legend’ it is in fact, quite a legitimate object to be afraid of as it possesses some very real killing capabilities. Vending machines weigh in at about 408kgs (about two gorillas, or, two telephone poles). Pair this monolithic machine with being hungry and you have a real recipe for disaster. A 19-year old college student in Quebec, Canada, was killed when a machine tipped over on him after he shook it, trying to dislodge his trapped treat. What’s scary about the vending machine is that they aren’t obviously threatening. Unlike a shark for example. In 1995, The Consumer Product Safety Commission showed that 2 people in the US had died from vending machines crushing them. In the same year, there were zero shark-related deaths. More recent data from, the National Electronic Injury Surveillance System (NEISS) shows that the annual average of vending-related fatalities from 2002 to 2015 was four, and 1730 injuries. This makes it the tenth most dangerous item in ‘an office or school’

The roller coaster is a bit of a double bluff. While it seems dangerous and exciting, it isn’t really dangerous but actually, it is a bit dangerous. Most notable was the ‘Smiler Crash‘ at Alton Towers in 2016, while no one was killed there were severe injuries.

But how many people actually die from roller coasters? Well, no one actually knows. The Consumer Product Safety Commission tracked 52  deaths between 1990 and 2004, but have since stopped tracking the data. The International Association of Amusement Parks and Attractions or IAAPA note that about 297 million people, both adults and children, safely rode 1.7 billion rides in the U.S. in 2011. The chance of being seriously injured on a ride at a fixed-site park in the U.S. is about 1 in 24 million. However, the U.S. Consumer Product Safety Commission has no jurisdiction over ‘fixed-state’ parks. The agency only has authority over mobile amusement rides that travel from community to community. With no way of tracking the accidents, is there one waiting to happen?

Falling Out of Bed

All these terrifying things make may make you want to get into bed and hide. No! It’s not safe!. A study from the Centers for Disease Control and Prevention showed that, as of 2014, 737 people a year were dying in the USA from falling out of bed. That’s more than were hit by busses. Is it time to dismantle our bedframes and sleep on the floor? Maybe this is why it’s called a ‘deathbed’

Maybe some chores will take your mind of the futility of existence? Wrong again. The same study – made famous by Kim Kardashian’s “statistics tweet” also shows us that 69 people are a year on average are killed by their lawnmowers. Over double the amount killed by lightning. However, it is not clear if said lawnmowers are being used for their intended purposes.. While its common knowledge that lawnmowers aren’t “safe”, they are spinning blades on wheels. It does raise the question, how many times a day do we risk our lives doing menial tasks? So next time you look at your neighbour’s lawn and wish yours was that green, think to yourself, “am, really willing to die for this?”

Death can be unexpected and the way in which you go can be hugely underwhelming too, but if a bed is so dangerous, then aren’t we all, risk takers, sleeping on the wild side? If vending machines are so deadly then fair play to the snackers. Also, If cutting the grass is so deadly, is pocket money really enough to cover the risks?  Regardless of which way you go, there is nothing deadly about getting your plans in order. Death by computers is probably really unlikely anyway…