How to be a Pallbearer

Pallbearing is a ceremonial process in which the coffin is carried to the church from the hearse and then again, from the hearse to the final resting place. In some cases it forms part of a procession where others will follow, typically, signifies the beginning of a funeral.

It is rare for the deceased to have chosen specific Pallbearers before their death. Some families may have an order in place by way of tradition. Often, the family will decide who does it. It is not always family members, it is quite popular for it to be close friends of the deceased.

The pallbearer is the physical embodiment of the way this burden is carried – by everyone in attendance. Pallbearing duties don’t always require the casket to be mounted on shoulders either. Some will use the handles of the coffin and be carried at waist height. In some cases, a trolly may be used, just like at Michael Jackson’s funeral. If there aren’t enough people to form a team of Pallbearers then the funeral director, church, cemetery etc. will likely have stand-ins available, this will also more than likely be added to your bill.

Some people may go through their whole lives without ever being asked to be a pallbearer. For many people, it is a once in a lifetime occurrence. While there is less of a requirement for pallbearing these days, it still doesn’t take away from the value of the situation.

A common fear amongst people asked to be pallbearers is that they won’t be able to lift the casket or that they will drop it. It’s important to remember that the Funeral Director is there to make sure these things don’t happen. You won’t be thrown in at the deep end and if the Funeral Director doesn’t think you are up to it, then you won’t do it. It may help thinking of Pallbearing as a practical action, It is a logistical requirement of getting the coffin from A to B. If you are in doubt about anything then ask the Funeral Director.

The right people for the job

Choosing people to be Pallbearers can be an equally daunting task, as you need to make sure they are appropriate, capable and want to do it. 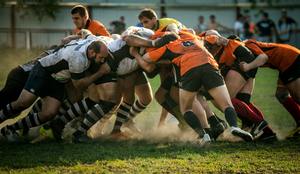 Traditionally, the role of Pallbearer was reserved for only men, mostly due to the fact that women were required to grieve at funerals, as it was considered a sign of respect for the dead (see, keeping). Height and weight are not much of an issue but it must be practical. Traditionally you will have a group of six pallbearers, as there are six handles on a coffin. It is acceptable for people who read eulogies or prayers to be pallbearers as well as speakers. It is equally acceptable for someone who is not speaking, to do the same.

Pallbearing can be an intimidating experience for some. So make sure you give them plenty of time to be able to get to grips with the task. The outlines of the role should be explained as well as why you’re asking that person to participate. If a person has concerns about their ability to perform the role, you can address those concerns or put them in touch with the funeral director.

If you can’t decide who to have as a pallbearer, remember that you can always choose ‘honorary Pallbearers’ for which there is no limit to how many you can have.

Just like any funeral situation. There is no right or wrong way to do something. Like we always say, it’s up to you how you do it. Just make sure you plan ahead so you can get the most of out your death, just like your life.