You might think that you can’t get more personal than your medical records – they’re your life’s history told through antibiotics prescriptions, recurring colon inflammation and UTI’s. But with medical records comes a whole load of data stored on NHS databases, and this information no longer really belongs to you. Here we look at what medical data is used for, how data harvesting can save lives and where your data goes after you die.

Record-keeping and data in healthcare

Doctors have kept records of their consultations with patients since the time of the Ancient Greeks, starting with Hippocrates. This is the guy credited with creating what we now call the doctor-patient relationship, and everything we hold dear about the ethics of communication.

Today, doctors must also get a comprehensive history from each patient to then create a management plan. After that, your medical story becomes the intellectual property of the GP who’s trying to work out what might be the best solution to your ailments. And like all property it can be bought and sold; since the data is anonymised, it’s thought that the patient no longer has any rights over it. 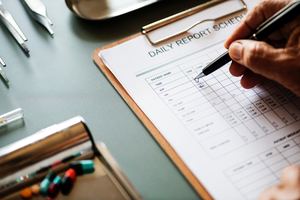 How long has the NHS been selling patients’ data?

Patients’ health data is very valuable. The NHS has racked up a huge collection of data from its last 70 years as a service that sees births through to deaths, and very few other organisations own a comparable amount. This makes the NHS a great resource for companies and researchers who want to make products geared to what’s needed in the healthcare world.

In 2012 the coalition government created its Health and Social Care Act to include a requirement that all GPs return information on their patients to a central database, known as care.data. This would have been used by the NHS for planning services, but it would also be available to researchers looking to buy data. The scheme was deserted in 2016, with around 1.5 million people objecting to it.

DeepMind and the Royal Free Trust

In the same year the AI company DeepMind, owned by Google, entered a partnership with the Royal Free NHS Foundation Trust. It was agreed that data on 1.6 million patients was to be transferred to DeepMind, including critical care and A&E data.

Under the guise that DeepMind would use the data to create its app which identifies patients at risk from kidney failure, neither partners thought about asking for patient consent.

Critics of the data swap argued that this kind of data wasn’t needed for the app, called Streams, which used a relatively simple algorithm programme. The case was forwarded on to the Information Commissioner’s Office, which then ruled that privacy laws had been breached.

Data and the race to fight cancer

It’s clear that the problem isn’t so much the database itself, but that the data is being bought and sold, without proper notice. Now it’s thought data harvesting can be used to start saving lives, rather than just being commercialised.

In May 2018, the current government announced it would pledge millions of pounds to develop artificial intelligence technology that would spot cancer and dementia early on. This would mean a much wider use of NHS data to create machine-learning in order to detect patterns that indicate risk of disease. This includes people’s habits and medical records cross-referenced with national data.

The government cited that AI will help to prevent 22,000 cancer deaths each year by 2033, and prolong the lives of some patients by an additional five years by 2035. Will critics now accept commercial gains on NHS data because it’s guaranteed to save lives?

Where does all this data go after you die? 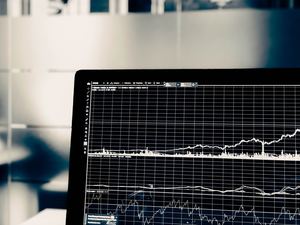 As well as preventing death, your data also hangs around after you die. When you die, your health data stays on a system for 10 years; after that, it’s destroyed.

If you’d like to stick it to the Big Data man, then there’s a way to get hold of some of the stuff that’s been recorded throughout someone’s life. This is only possible if the written records were made on or after November 1991, and access is only available to the patient’s personal representative, such as the Executor of the Will.

If you live in England, your GP health records will be passed to Primary Care Support England after you die, so they can be stored. To access these, you’ll need to apply to the records manager in the relevant local area. The GP of the person who’s died should be able to tell you who to contact. Alternatively, you can access a list of local services on the Primary Care Support England website.

Take a look at some of our other articles on digital death planning, and all things data:

And whether living longer is really good for us