Apparently, the first person to live to 150 has already been born. If you’re over 10, though, this probably won’t be you. In any case, we can all look forward to the security of the great advances research has already made. But would you want to live beyond the usual 80-odd years? Here’s a look at who’s financing immortality, who’s making the technological breakthroughs and the real-time research coming out of the life sciences today. 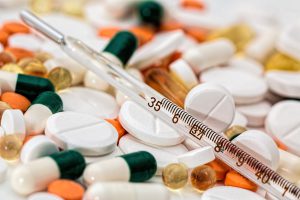 The trend for curing death

In 2013, Time magazine boldly announced that the Google-owned company, Calico, hoped to cure death. By working with large pharmaceutical companies in the US, Calico wants to create new medicines for diseases such as cancer and Alzheimer’s, with the aim of eventually preventing disease. This isn’t just anti-ageing cream, but a full go at halting death. Or, as the groovy Californians call it, radical life extension.

Announcing a $1.5 billion research centre, Google introduced Calico to the world with the ambition of “curing death.” CEO Larry Page, futurist Ray Kurzweil, who Google hired as its director of engineering, and other opportunists in the tech world have all expressed an interest in making serious attempts to extend lifespans by combatting the diseases commonly associated with old age.

While Google has said that their funding might “accelerate our efforts to understand the science of aging, advance our clinical work, and help bring important therapies to patients everywhere,” they’ve also hauled in the eccentrics of the science world.

Appointed as Calico’s director of engineering, Ray Kurzweil is the legendary inventor and author who popularised the concept of the Singularity – a theoretical tipping point where technology becomes so advanced it begins to radically alter the fabric of our existence. For Kurzweil and his many followers, getting rid of death is one of the most important steps if we want to impress and work with our AI overlords. 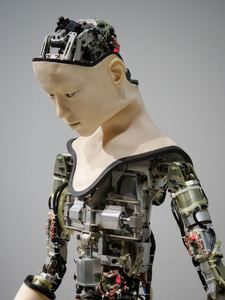 Ian Pearson, another futurologist, former rocket scientist and prediction-maker with an 85% success rate (his own estimate) has again cast his prophesying eye over death.

According to Pearson, the most likely path to immortality involves creating brain-computer interfaces (BCIs) that link the entire brain to an operating system. By 2050, the system will be so advanced that we can sit at home, or, more likely, our brains can sit at home in a box,   while interacting with our surroundings via androids.

At the moment, though, the technology is limited to interpreting brain signals that either come from only one part of the brain or are completely unambiguous, such as thinking either ‘yes’ or ‘no’.

Currently, the US government and Facebook are all backing research into BCIs. So, Pearson’s predictions are off to a good start. If you’d like to know more about what our death might look like in the future, read our article on planning for an AI afterlife. 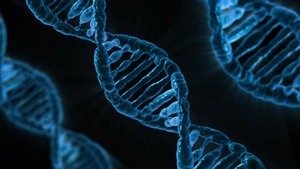 While these thinkers have got the money and the big ideas, Calico have been criticised in the past for the project’s overall lack of authority in the biology world. There have, however, been some interesting discoveries unearthed by experts in the field.

A certified Big Name in the Field, Dr Elizabeth Blackburn, current head of the Salk Institute in California, has said we used to think that many of the diseases of old age were an unstoppable fate, but this may not actually be the case.

In her work on ageing chromosomes, Dr Elizabeth Blackburn and her team discovered that telomeres – tiny caps that protect chromosomes, and the DNA within – shorten as we get older. This sets up changes in the body which increase risks of the major conditions and diseases of ageing: cardiovascular disease, diabetes, cancer, a weakened immune system and more.

But the process is changeable – an enzyme called telomerase can add DNA to the ends of chromosomes to slow, prevent and partially reverse the shortening.

It isn’t about becoming immortal 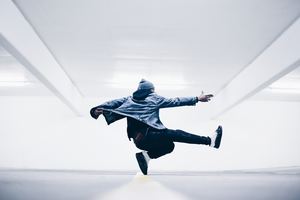 Blackburn’s research is centred around keeping healthier for longer, rather than life extension. It isn’t about enormously extending human lifespan or immortality. Instead, it’s about healthspan. These are years when you’re free of disease, healthy and productive – the time when you’re actually able to wave your hands in the air like just don’t care, and not just in spirit.

By focusing on the ways to help us stay healthier for longer, Dr Blackburn has taken the key point in life extension debates – do we really want to live for 200 years? – and pieced it with truly exciting research into ageing.

Do we really want to live forever?

Ideas around life extension are filled with ethical concerns, not to mention the sheer hell in planning anything (I’ll meet you in, say, 75 years?) or even approaching anything with a sense of urgency. Above all, an indefinite lifespan might be horrifyingly boring – what will we need to fill up those 200 years, how will we find anything in common with our 20-year-old grandson? In any case, what will we do with our feeble bodies once our brains are hooked up to computers?

Though, the race to cure ageing with artificial intelligence or despite it is an exciting one. In the (near immortal) words of Ian Pearson: “People just think you’re being wacky, but really, in a 50-year timeline you can put an end to death.”

Take a look at our articles on technology in healthcare, your AI afterlife and, if you’re feeling sprightly in your old age, what to look forward to in your remaining years here.

Will a smartwatch help you live longer?

Apps to help you out in older age