What have TV and film got wrong about death?

What have TV and film got wrong about death?

Aside from the fact that whenever anyone dies on the box they definitely don’t actually die (except for the terrible case of Brandon Lee), we look at the inaccuracies and often unintentionally funny ways TV and film misrepresents death. Here’s our look at just a few of the blatant lies and embellished facts circulated about death, funerals and – most importantly – shark attacks.

Doctors on TV are just too good to be true. They seem to be experts in operating MRI scanners, analysing blood samples in the lab as well as performing complex surgery. In reality, our hospitals have teams of radiologists, lab technicians and other experts on hand to help. 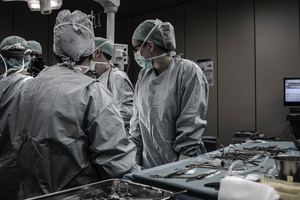 On top of this, many doctors on TV seem to take basic medical ethics into their own hands, operating vigilante-style in order to get their own way or to prove that they’re no longer out of touch. Getting romantically tangled with a patient is also a popular storyline, rather than a case for the Board.

‘Flat-lining’ is more of a dramatic set piece

In most TV shows and films there’s gross inaccuracy in the scenes where, fumbling for the defibrillator in an exaggerated fashion – EVERYONE GET BACK! – a doctor plants electrodes on a chest and, against the backdrop of a thumping bass line, a patient’s heart is restarted.

There are “shockable” and “non-shockable” heart rhythms. If the heart’s beating too fast or too chaotically, you can shock it back to a regular rhythm. However, shooting electricity into a stopped heart won’t do anything. Only one shot at it isn’t going to do much either – if the heart stops, it really takes a lot to get it started again. 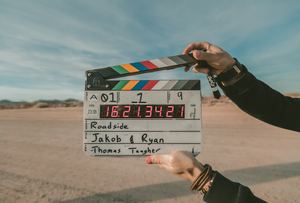 You probably won’t give an articulate eulogy

Contrary to the movies, keeping it together during a eulogy is harder than it’s made to look by British cinema’s favourite romantic, Richard Curtis.

When Gareth in Four Weddings and Funeral dies, his boyfriend reads out WH Auden’s ‘Stop all the Clocks’ during the funeral. A poem that has an emotional core and which has become a staple within the funeral eulogy genre, is here read out with all the composure of an experienced actor.

The nuanced delivery has got us all wrongly thinking we’ll be able to say goodbye to loved ones in an equally sobering way. In reality, we end up blindly scrabbling about for tissues and forgetting all the best bits.

In Love Actually, too, our hero Daniel is able to make smart quips, segway into a neatly discordant pop song and have the funeral crowd in bits, all the while still managing to look like Liam Neeson.

The forensics team don’t always have the most interesting job 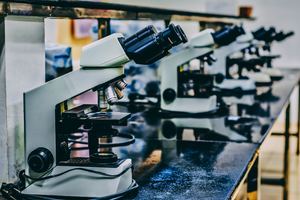 There’s a lot more paperwork involved in forensic science, it seems: crime scene photographs need to be submitted as evidence, diagrams of the crime scene have to be digitised and  each item of evidence needs to be documented. There’s a lot of sitting behind computers, reflecting and submitting.

Instead of doing this, forensic scientists on TV are usually dusting for fingerprints one minute, providing the crucial link the next, all the while scoping out the nearest watering holes and late night bars. Everything takes much longer than the cut-and-paste ferocity of a CSI episode would suggest.

According to our shark sources, the most common reason for shark attacks is because a human has provoked a shark. Whether by taunting, heckling or being generally irritating to marine life (the findings didn’t go into detail), people bring death by shark upon themselves, apparently.

So imagine our surprise when we rewatched Jaws. Who knows what the humans did to provoke such carnage. To add insult to injury, it’s not just that sharks aren’t the rampaging psychopaths we paint them to be, but that an estimated 100 million sharks are killed by people each year. Steven Spielberg has a lot to answer for.

Remember, don’t believe everything you see on the screen, even if something does feature Hugh Grant in shorts and specs, or a great opening line. Instead, make sure you visit DEATH.io for all the up to date information.