5 inventors killed by their own inventions

Throughout the course of history, thousands of ideas have manifested into world-changing creations. Exceeding even the inventors wildest dreams. However, thousands of these have been equally catalytic in the demise of their own creators. In pure ironic demise, these Inventors were killed by their own inventions. 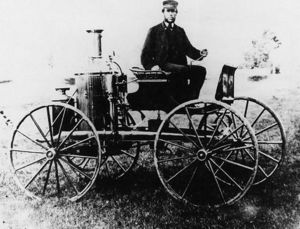 Sylvester H. Roper was an American inventor and a pioneering builder of early automobiles and motorcycles from Boston, Massachusetts.In 1863 he built a steam carriage, one of the earliest automobiles. 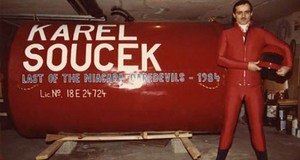 Karel Soucek was a Czechoslovakian daredevil and inventor. He built a specially-designed, shock-proof barrel and repeatedly flowed over Niagara Falls.

To top this feat, Soucek invented a new capsule which was dropped from the roof of the Houston Astrodome on January 20, 1985. It missed its target, which was a small pool of water, and Soucek was killed on impact. World-renown stuntman, Evel Knievel, tried to talk Soucek out of it, saying “It was the most dangerous thing I’ve ever seen.” 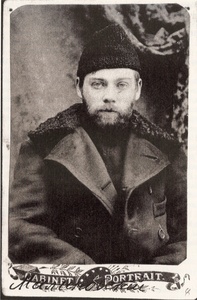 Not so much of an inventor as a pioneer in the field of blood transfusions. Alexander Bogdanov was a Belarusian/Russian who seemed like a jack of all trades, master of some. He was a key figure in the early history of the Bolshevik faction of the Russian Social Democratic Labor Party. He was one of its co-founders and a rival to Vladimir Lenin. On top of this, he was a physician, philosopher, science fiction writer and revolutionary. While dabbling in his passion for blood transfusion (and attempting to achieve eternal youth), he took the blood of a young student, who, unknown to him was suffering from malaria and tuberculosis (as well as being the wrong blood type), thus, resulting in his death. Fair enough.

To his peers, he was known as “The Flying Tailor” Reichelt was an Austrian-born, tailor, inventor and parachuting pioneer. He had become fixated on developing a suit for aviators that would convert into a parachute and allow them to survive a fall should they be forced to leave their aircraft. Franz fell to his death off the first deck of the Eiffel Tower while testing the coat parachute. It was his first attempt with the parachute, and he had told the authorities he would first test it with a dummy.

Smolinski took wings of the Cessna 337 aircraft and joined it to a Ford Pinto with an intention to create a flying car. The car known as AVE Mizar was manufactured by Henry’s company Advanced Vehicle Engineers. He, along with his friend Hal Blake, took it for a test flight and died in a crash. Henry and Hal’s fatality closed the doors for the AVE Mizar to be featured in a Bond movie. It was earlier decided that in “The Man With The Golden Gun”, the antagonist Francisco Scaramanga and Nick Nack would escape in the same flying car. The idea was later dropped due to the accident.

In many ways, there is a romanticism about dying while trying to live out your own dream, and many of these inventors deaths were not in vain, as they paved the way for others to use their research and carry on their life’s work thus creating something that really does change the world.

To help combat the issue of unfulfilled funeral desires we’ve ‘invented’ a way for you to record your farewell wishes. Then you can pass it on to those closest to you, so they can know everything that you want to happen at your funeral.